From several indications, Lumberton must have been a hot and dry town prior to 1905. Dry in that all water came from the wells in private homes and hot because the fire protection came from several very long miles away in those days. This was all to change quite rapidly.

In 1905 a public water system was installed. Water mains were run throughout the town and a storage tower, which cost the life of one man during construction, was erected. Fire hydrants sprouted along previously unprotected streets.

At this time several energetic and community-minded men decided that since hydrants were now there and fire protection was needed, it was time to start their own fire company. And so on December 7, 1905 Lumberton Fire Company Number 1 was organized.

It is not known at this point what equipment served the men of Lumberton Fore Company for that first month of duty. However, early in January 1906, delivery was taken on a Wirt and Knox hose cart, complete with 500 feet of hose and nozzle. The purchase price was around $206.96. This hand pulled vehicle, painted traditional red with a yellow stripe around each wheel, was originally quartered in a barn belonging to the Reid family on East Landing Street.

Supported by the community in their fairs and dinners, Lumberton Fire Company began to grow and prosper. Several newspaper articles describe the success of the first fair run in February 1906. Soon this would show tangible results.

In 1909 the members obtained a mortgage of $1500 to purchase the Women\'s Christian Temperance Union building on South Main Street. Tradition indicates there was a stipulation attached to the sale: there would be no consumption of alcoholic beverages in the firehouse. This mortgage was satisfied in 1929.

The first piece of motorized equipment was purchases in 1923 for $400.00. A 1914 chemical fire truck was acquired from Niagara Fire Company of Merchantville, NJ. Two years later, delivery was taken on a blue and gold Hale fire pumper. IN 1947, a new Ford fire pumper was purchased followed in 1953 by another Ford fire engine.

As the company grew and more, larger apparatus was added it was necessary to expand the quarters. In 1956 the land on which the current firehouse is located was bought. The many hours of hard work by the by the members that were spent in the next two years and the donation of materials, equipment and time by local businessmen led to the construction of the modern, four bay structure at a greatly reduced cost, completed in 1958.

The need to modernize and upgrade fire protection pushed Lumberton Fire Company forward. In 1961 a 750 GPM International pumper was ordered. Replacements and additions continued in 1966 with the acquisition of a Ford quick attach vehicle and in 1967 with a 1000 GPM Ford pumper and in 1971 with a equipment/utility van. Another Ford 1000 GPM was added in 1975.

In those early years, local firefighters were summoned to a call by the peal of a hammer striking the drive wheel to a locomotive; in 1929 this was replaced with the wail of siren mounted atop of the old firehouse. Since 1974, Lumberton firefighters are alerted to alarms by electronic pagers worn on their belts.

As the township continued to grow, so did the fire department. Equipment needed to be replaced and brought up to existing standards. 1981 saw the department acquire a new Mack 1000 GPM pumper; 1985 brought a new larger Ford Utility van equipped with a cascade system for replenishing self contained breathing apparatus. This vehicle was also capable of pulling the foam unit, a trailer loaded with approximately 100 five gallon buckets of AFFF foam concentrate. A Ford/Grumman 1000 GPM pumper with an onboard foam system was placed in service in 1986.

1985 also saw an addition added to the firehouse that contained much needed office space as well as a meeting/training room and a reading room.

In keeping abreast of the needs of the community and with regulatory requirements, a 1500 GPM - 2500 gal tank E-One Tanker/Pumper was placed in service in 1996, with a full enclosed cab providing full protection for the firefighters while responding. A 2003 KME 1500 GPM pumper, also with an onboard foam system, was added to replace older, outdate engines.

July 13, 2004, a historical date for all of the village of Lumberton, saw the fire department rise to the occasion. As flood waters ravaged the homes along the bands of the Rancocas Creek, the firefighters, alongside the Police Department and the Emergency Squad and other emergency services from throughout the area, went about the business of rendering aid and performing rescues. All the while knowing their headquarters was being devastated by these same waters. When the waters receded, the members returned to the house, washed out the mud and continued to provide the same high quality service to the community; never once missing a call. Today, the station has been returned to he near pre-flood condition. Most repairs are complete most things have been replaced. The replacement for the Utility/Cascade truck is nearing completion and should be delivered very soon (maybe by the time this is published). 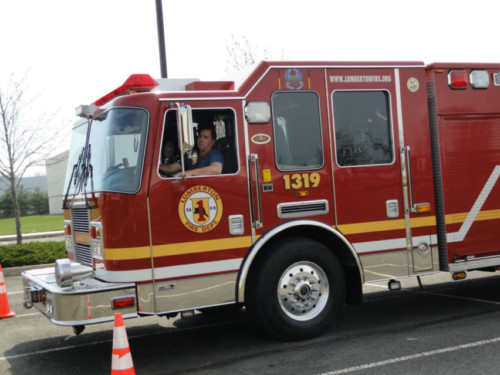 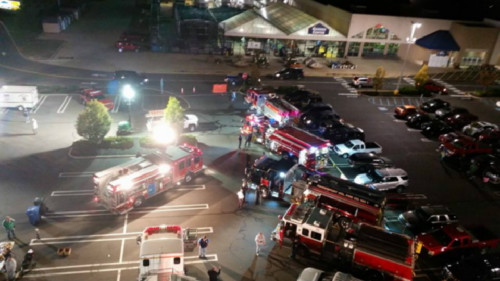 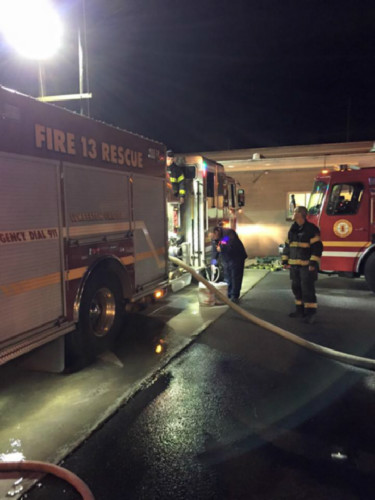 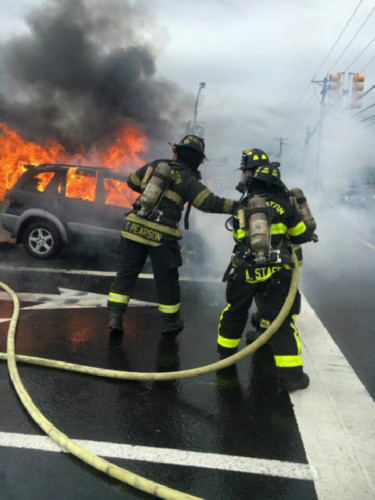 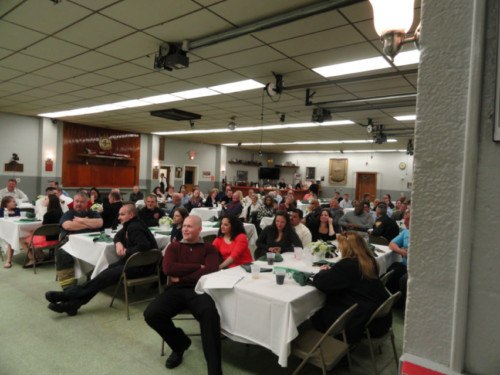